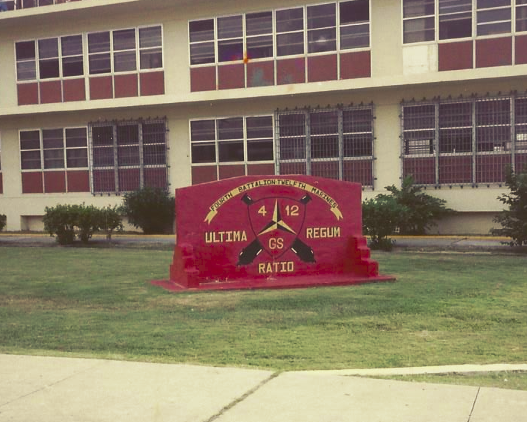 Servicemembers stationed in overseas duty stations, such as Marine Corps Base Camp Smedley D. Butler, face many challenges that can make work and family life difficult. After being stationed in Okinawa for three years and being deployed off-island to bases all over the world, Colby Vokey understands the hardships faced by our non-CONUS military. Although we strive to live our lives by certain core values, servicemembers can often find themselves facing courts-martial, administrative separations, boards of inquiries, or non-judicial punishment.

Currently, accusations of sexual assault and sexual harassment are some of the biggest legal threats facing those in uniform in Okinawa. When these or other serious charges are pending, it is difficult to get competent, experienced legal counsel to fight for you when stationed overseas. You need an attorney who won’t hesitate to take on the command structure. You need someone who is not worried about what superiors will think or what their next assignment is. If you are facing charges which threaten your livelihood and your freedom, please call Colby Vokey for a free consultation. He will provide his honest opinion about your case, and if he can’t help you, then he will point you in the right direction.

The Okinawa Islands are one of three island groups found in the Okinawa Prefecture. It is the largest group in the 700 mile chain of islands known as the Ryukyu, which run from southern Japan to Taiwan. At 464 square miles, Okinawa is the largest island in this chain and contains Naha, the capital of the Okinawa Prefecture. The 1.4 million inhabitants of Okinawa enjoy a subtropical climate with over 80 inches of rainfall per year. The history of Okinawa is both rich and varied. The early inhabitants were a hunter-gatherer and then a fishing society until about the 12th century. During this time, agriculture became prominent and an Okinawan-style castle called Gusuku was built. Okinawa interacted with China and Japan through beneficial trade and detrimental invasions. In 1879 Japan annexed Okinawa to prevent other countries from establishing trade in the area, especially after Commodore Perry’s arrival.  Japan lost control of the island during World War Two, and Okinawa experienced some of the worst fighting in the Pacific Theater. After taking possession of Okinawa in 1945 with the Battle of Okinawa, the United States returned it to Japan in 1972.

Marine Corps Base Camp Butler is a collection of United States Marine Corps bases positioned throughout Okinawa, including Camp Kinser, Camp Foster, Camp Courtney, Camp Hansen, Camp Schwab, and Camp Gonsalves. Camp Butler is the 5th Element of III Marine Expeditionary Force, which supports the defense of Japanese and American interests in the Pacific. With over 30,000 Marines, Sailors, family members, and retirees, Camp Butler’s extensive presence on Okinawa is extremely important for the support of the military in the Pacific.